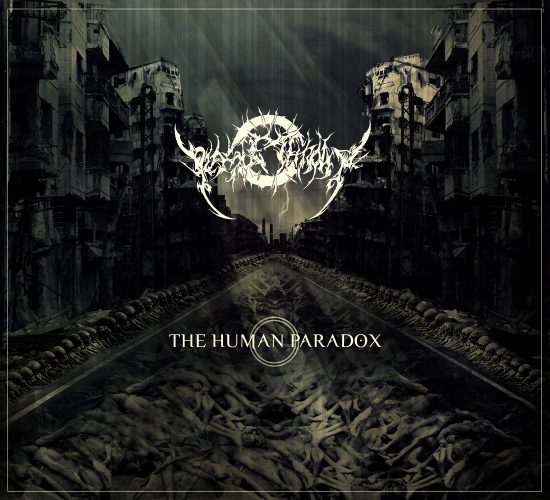 Plague Throat are a death metal power trio from Shillong, the capital of a state in northeastern India named Meghalaya, which is separated from the main body of the sub-continent by Bangladesh. Located on a highland plateau surrounded by rolling hills, it’s the wettest region in India and one of the wettest places on earth, yet also one of the most elevated regions in the nation; Meghalaya means “the abode of clouds” in Sanskrit. From my reading, it looks like a beautiful and interesting place, with its own very distinct history, tribal cultures, and languages.

I mention all of this because the Plague Throat song we’re premiering today, which comes from their debut album The Human Paradox, itself bears a traditional name — “Ma Nga” — and the lyrics are in a native language rather than English. I also learned from an interview that the recording of the song was interrupted by an earthquake — though when you hear it, you might be inclined to suspect that the song is what set off the tremors. END_OF_DOCUMENT_TOKEN_TO_BE_REPLACED