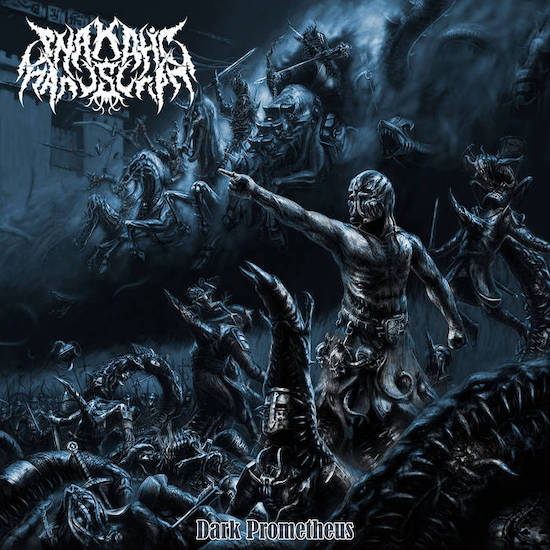 What we have for you now is the premiere of a song from the forthcoming debut album Dark Prometheus by the multi-national black metal band Pnakotic Manuscript. Both the album’s conceptual narrative and the band’s own name launched this writer on a series of internet searches.

The band’s unusual name seems to be a reference to mythic ancient and occult writings that may be rooted (at least in part) in Lovecraftian lore, which provide medieval descriptions of alien races populating the earth, strange cosmic deities, and legendary heroes. But this is only a guess.

As for the album, its central protagonist is the historical figure Peter of Amiens, also known as Peter the Hermit. A Roman Catholic priest, he was commissioned by Pope Urban II to command an armed pilgrimage from France to Jerusalem, and thus became a key figure during the military expedition known as the People’s Crusade and the First Crusade. Under his leadership, the crusaders also engaged in the torture and slaughter of Jews along the way. END_OF_DOCUMENT_TOKEN_TO_BE_REPLACED