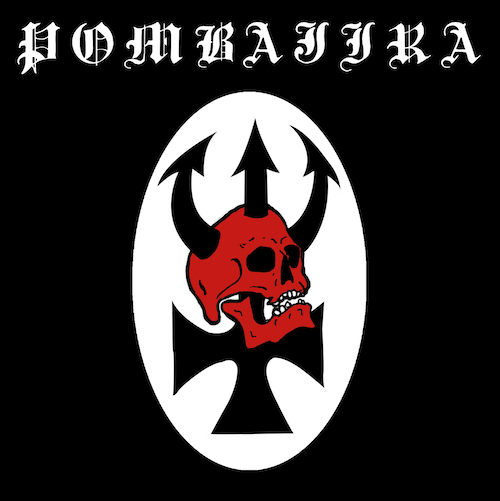 I’ve never actually witnessed a Brazilian black magic ceremony or the sacrifices and possessions that are said to happen in them, though I’ve read that such things do occur in the rites of the Macumba cults. But listening to the music of Pombajira is a voodoo experience in its own right. The name chosen by this devilish trio is itself a sign of their Afro-Brazilian cultural roots, and the music, which creates its own kind of trance, awakens primeval impulses in the most primitive parts of the brain.

Pombajira’s self-titled debut record is a six-song amalgam of influences that range from Black Sabbath and Hellhammer to Venom and Pentagram, with the atmosphere of Celtic Frost’s Into the Pandemonium. It will be released on November 29th by Helldprod Records, and today we’ve got the premiere of a song named “Vital Lucifer” that is indeed electrifyingly vital and definitely demonic. END_OF_DOCUMENT_TOKEN_TO_BE_REPLACED