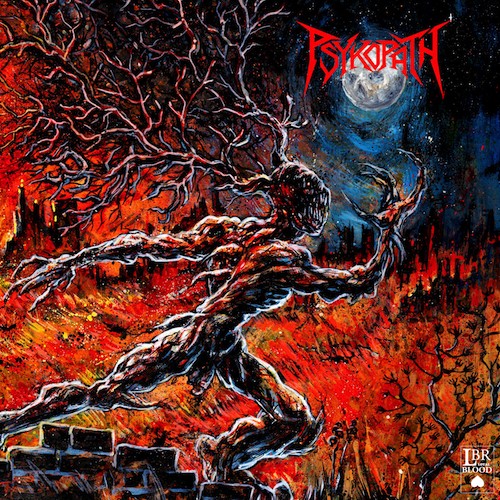 Every genre of metal has its own distinctive hallmarks, the sounds you expect, the sensations you look for and maybe hunger for. Thrash is electrification. At its most exciting, at least for this writer, it’s even more than that — it’s thermonuclear incineration, the kind of full-throttle rush that not only lights up your bloodstream and triggers the reflex muscles in your neck but also sounds viciously unhinged. That kind of thrash doesn’t grow on trees, especially when it turns out to be addictive as well as ferocious. Psykopath have got that kind of stuff — the right stuff.

This young Norwegian band from Bergen have recorded a new three-track EP named Primal Instinct that’s explosive and contagious. In addition, it has impressive style and flair. The cover art by the great Kim Holm nails the feeling. We’re very happy to present the EP’s title track to whet your appetite in advance of its August 24 release by Loyal Blood Records. END_OF_DOCUMENT_TOKEN_TO_BE_REPLACED