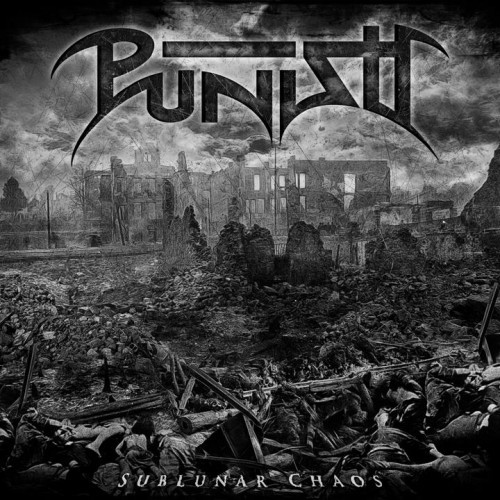 A few bands in the progressive/tech-death realm just never got their spotlight when they deserved it FAR more than others, bands who’ve stomped the shit out of their contemporaries and yet remained overlooked.  These stories are sad, with bands like Anata or Outcast getting less than their due despite being absolute exemplars of their craft, way ahead of their time, or just being better than most at writing songs, riffs, and overall intelligent compositions. Punish are one of those bands.

Their new album Sublunar Chaos is my first exposure, but it intrigued me enough that I went back and listened to the rest of their catalogue (which spans three albums, a demo, and an EP) and I can’t fucking believe I had never heard of these guys before — except that a lot of others don’t seem to know of them either.  It’s a shame, because Punish are up there with the likes of the bands I mentioned above.

Punish really have it all going for them.  The right influences, the perfect push and pull between those influences, and plenty of technical skill and sensibility of hook to appease anyone.  Some of them are ol’ reliable influences like Death and Pestilence, but they also seems to draw from places like Anata and Obscura.  END_OF_DOCUMENT_TOKEN_TO_BE_REPLACED