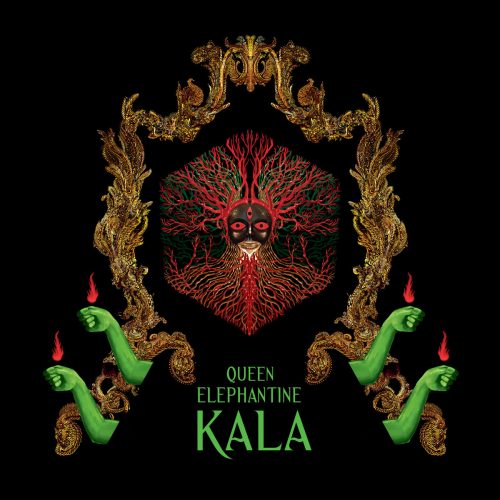 With the song you’re about to hear, we’re taking a few steps off our more usual beaten paths. The song doesn’t fracture skulls or lacerate flesh, but it definitely has an irresistible effect on the body and the mind — and one that grows ever stronger as it unfolds. The name of the song is “Onyx” and it appears on Kala, which is the fifth album by Queen Elephantine, due for release on October 21 in a variety of formats by a consortium of different labels.

To be honest, I wasn’t familiar with the band before delving into this album, but you can now count me among those intrigued and fascinated by the music. For others who may also be discovering Queen Elephantine for the first time, the group was originally formed in Hong Kong in 2006, moved to New York the next year, and are now based in Providence, Rhode Island. The line-up hasn’t remained fixed over time — and no fewer than 10 people are credited with contributions to the music on Kala. END_OF_DOCUMENT_TOKEN_TO_BE_REPLACED