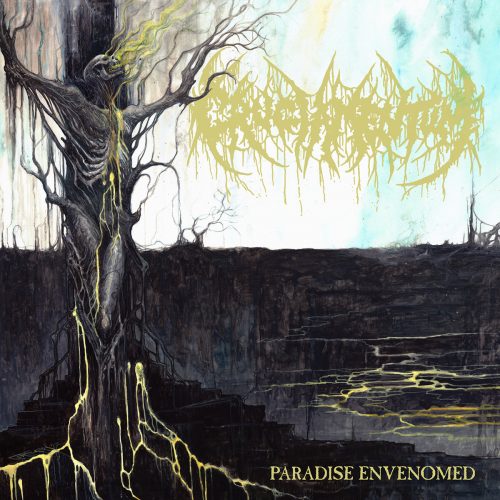 I wrote no fewer than four posts about Cruciamentum’s 2015 debut album Charnel Passages, including one in which I picked a song from the album called “Piety Carved From Flesh” for my list of 2015’s Most Infectious Extreme Metal Songs. Cruciamentum have now returned with a new EP called Paradise Envenomed, which was released digitally via Bandcamp and other platforms (and on 7″ vinyl by Profound Lore) just two days ago. END_OF_DOCUMENT_TOKEN_TO_BE_REPLACED