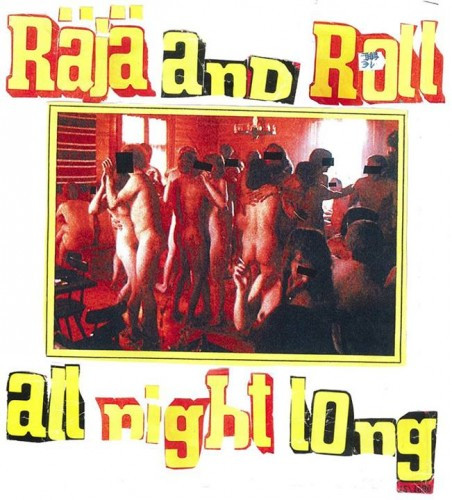 This has been the kind of day when I’ve wanted to go postal on our web host (Bluehost). Our site — and every other site hosted by Bluehost, HostGator, HostMonster, and JustHost — has been down for nearly the entire day. A few times it has come back up for a few minutes, and then disappears again. It’s up again now, but who knows when it will go down again? Fuckers.

Anyway, I’m posting this now mainly to let people know that we’re still here. But I’m also including some music that cheered me up and diverted my murderous mood, to the point when I’m not even thinking about those Bluehost clowns. It’s not metal, but it’s from Finland, so that kind of makes it metal anyway. Fucking Bluehost.

The band has got more umlauts in their name than Bluehost has IQ points: Räjäyttäjät. Apparently, it means “Detonators” in English. Apparently, in Finland they call the band’s music “Räjä ‘n’ roll”. They’re releasing their debut album on August 30 via Ektro Records. You gotta admire this album title, which I like much better than motherfucking Bluehost:

The song I heard is an advance track called “Ei Hauskaa”, which apparently means “No Fun”. But I’ll tell you, I had a shitload of fun listening to it, even while hoping that the earth swallows up Bluehost and shits it out. END_OF_DOCUMENT_TOKEN_TO_BE_REPLACED