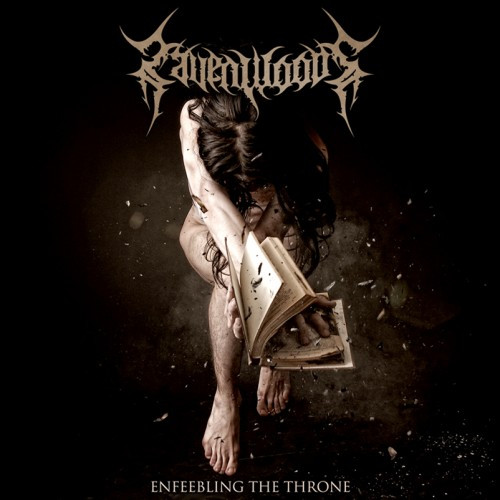 When doing some shopping online recently, something about Raven Woods’ Enfeebling The Throne caught my attention, leading me to their myspace profile to hear the two songs they had uploaded from the album. I liked what I heard, but I still wasn’t quite sold on getting the album. While looking for something else that I might like that I hadn’t encountered before, I kept coming back to this album, each time being answered with a whispered “you know you want to” in the back of my mind that became harder and harder to ignore. I was still a bit hesitant, but when I finally checked out at CM Distro I heard a triumphant roar in the back of my head. No turning back now. Okay, maybe that’s not quite how it happened, but then again… maybe it did.

The Turkish band was formed in 1998 by bassist Ozan Yildirim and guitarist Cihan Engin; Enfeebling The Throne is only their third release (via Italian label Code 666 earlier this year), preceded by In Silent Agony and their first full-length …And Emotions are Spilled. The band has gone through several lineup changes over the years, with only Yildirim and Engin lasting until now. Joining them are vocalist Kaan Koyuncu, guitarist Emre Üren and drummer Semih Örnek, who takes over from Yildirim, who was unable to find a drummer in Turkey skilled enough for Raven Woods’ music previously. (more after the jump . . .) END_OF_DOCUMENT_TOKEN_TO_BE_REPLACED