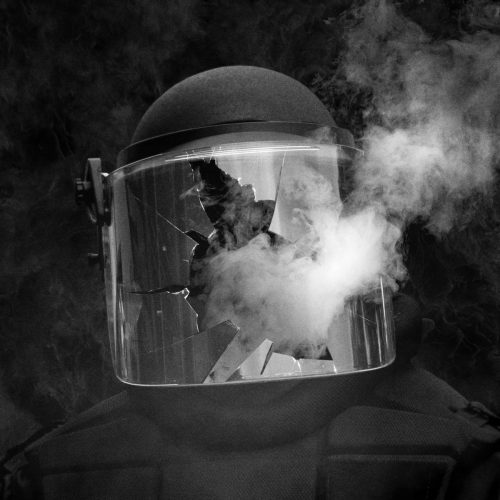 The combination of Grindcore and Powerviolence has always walked a tightrope between Hardcore and Metal, attacking the listener with feral onslaughts both fast and slow, short bursts of frenzied killing punctuated by neanderthal moments of sludgy-goodness. While employing the brutality of Extreme Metal, these acts often have a certain looseness to their sound, giving them their own Punkish charm within the cacophony of violence.

The new self-titled release from Regional Justice Center has all the hallmarks of these genres with short songs and hair-turn tempo changes, but there is no looseness to be found. Rather, everything here takes the form of a quick precision bombing, and while the record only clocks in at around twelve minutes, a single spin will leave the listener gasping for breath before hitting play again. END_OF_DOCUMENT_TOKEN_TO_BE_REPLACED