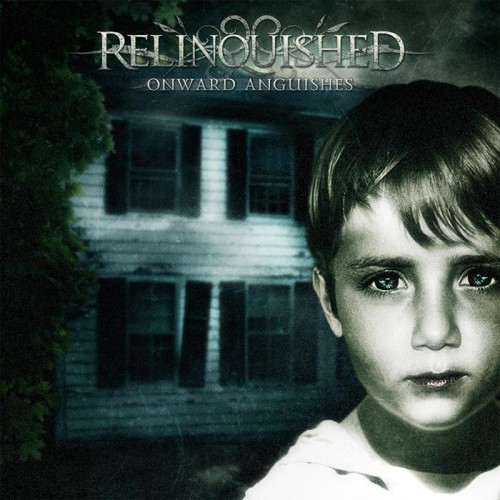 (In this review, TheMadIsraeli introduces us to the music of an Austrian band named Relinquished — and there’s a full-album stream at the end, too.)

Alright, time to get off the anticipated and major releases and get back to the more under-the-radar shit.

Relinquished are a quite potent progressive melodic death metal band hailing from Austria. Honestly, I foresaw this as being some kind of shitty-ass deathcore judging from the cover, but was quite surprised.  Influences ranging from Into Eternity to Bloodbath, from The Faceless to even Daylight Dies are all here.  The guitar work is technical, intricate, and layered, and the songwriting does a  stellar job of integrating dynamics and drama.  The music also features a lot of harsh/clean vocal interplay, evoking memories of Opeth, Ihsahn, and the afore-mentioned Daylight Dies.  This is good stuff.

Today I’m reviewing the band’s sophomore album Onward Anguishes, released on April 8.  They have a debut entitled Susanna Lies in Ashes (an album I intend to hunt down now) and an EP by the name of Rehearsal Doom for those who like the music enough to check them out further. END_OF_DOCUMENT_TOKEN_TO_BE_REPLACED