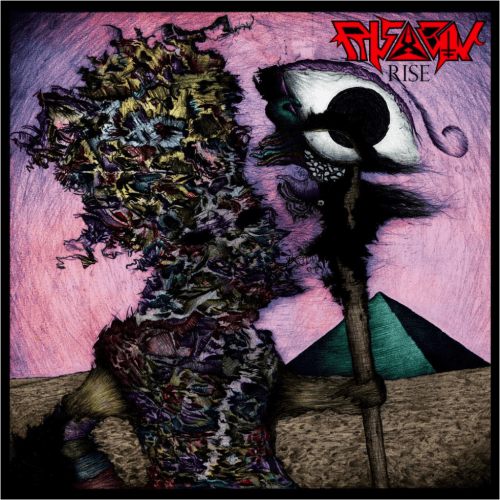 Progressive death-thrash is the S.O.P on the debut of Risabov.  Rise is another example of the goldmine streak that indie metal is on.  Hailing from Greece, these guys with maturing and evolution could turn out to be real heavy hitters.  Rise has the first-album energy and intensity. The sound needs a tiny bit of work, but it doesn’t change the fact that they have a solid, intelligent debut on their hands.

There is a heavy Death, Kreator, and Coroner feel going on here.  The opening of opener “Blood on the Sky” is going to really confuse the fuck out of people, with its odd acoustic intro that sounds less like something meant to be played acoustically and more like the playing of harmonized metal riffs.  It really throws you off, in a good way, as the acoustics fade out and the kickass riffage kicks in.  Risabov make it immediately known they like their riffs technical, fast, and with lots of flair.  There is a definitive articulation and refinement to the riffs of guitarists Max and Andreas, while retaining that punky thrash edge.  It’s an impressive dichotomy going on. END_OF_DOCUMENT_TOKEN_TO_BE_REPLACED