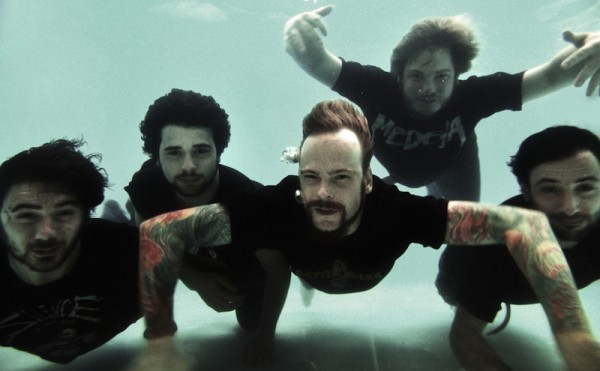 (NCS interviewer deluxe BadWolf turned in this revealing interview of Robin Staps from that mind-bending multinational collective The Ocean.)

The struggles that met The Ocean on their 2011 Spring tour supporting Between the Buried and Me and Job for a Cowboy have been well-discussed, but perhaps not well-documented. This interview I conducted on the Toledo date of that tour on May 28 supplies a missing piece of the puzzle.

Now that The Ocean are returning to the U.S. next month with Devin Townsend, it’s the perfect time to bring the mind of The Ocean’s mastermind, writer/guitarist Robin Staps, to light.

Do yourselves a favor and SEE THAT TOUR. The Ocean are a heady, proggy band, but they put on a visceral stage show with stage diving and, apparently, an intense light show which wasn’t present at Headliner’s in Toledo. Staps and his friends deserve your support!

BadWolf – This is the first time you’ve played this part of the country [Toledo].

Robin Staps – We played Chicago last time, I think.  We were here three years ago with Kylesa, Lair of the Minotaur and Withered.

d00shc00gr [Badwolf’s compatriot] – Man we should have seen that one!  (more after the jump . . .) END_OF_DOCUMENT_TOKEN_TO_BE_REPLACED