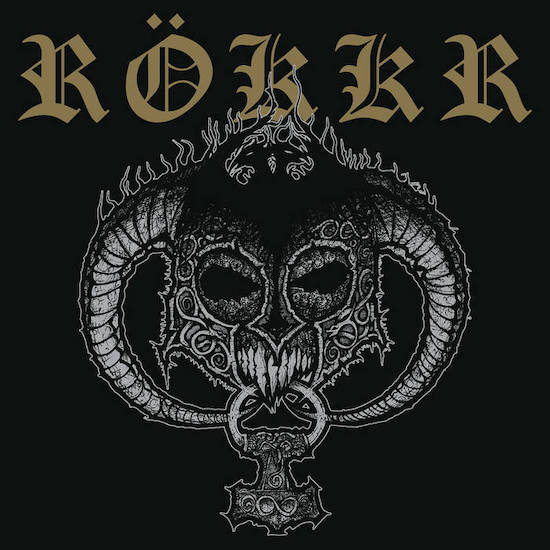 Into the winter of the soul.
Into the ice.
Foreverblack meadow, embrace new dawn, on raven’s wing,
Hear winter’s song.

Many of us assume that December is an ill-fated time of year for the release of new metal records, what with lots of fans (and writers) being preoccupied with year-end lists and year-end life diversions. But on the other hand, the onset of darkness and cold that December heralds makes it an ideal time of year for the advent of certain kinds of music, the kind that delves into the darkness that comes as the wheel of birth and death rotates into winter — and it seems that RÖKKR‘s self-titled debut album is one of those.

The words quoted above are from the lyrics of one of the album’s five tracks. Further connections to the season are found in such song titles as “Blackest Dawn”, “Into the Ice”, and of course the closing track “Winter”. But how does the music itself form the connection? Today you’ll find out — though it probably isn’t what you would expect. END_OF_DOCUMENT_TOKEN_TO_BE_REPLACED