By this time of the year I would guess that most fans of heavy music have at least heard the name Tau Cross, especially since their debut album has been popping up frequently on lots of year-end lists. But for those who may still be unaware, it includes Amebix vocalist/bassist Rob “The Baron” Miller, Voivod drummer Michel “Away” Langevin, Misery guitarist Jon Misery, and War//Plague guitarist Andy Lefton. END_OF_DOCUMENT_TOKEN_TO_BE_REPLACED 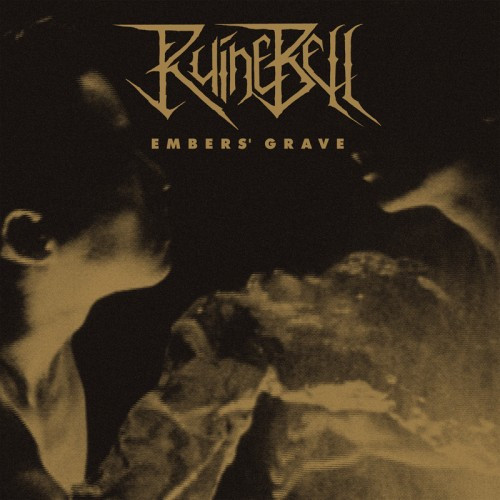 This is the first of three brief reviews I’ve written for posting today, covering three new or forthcoming short releases that I’ve really been enjoying. The subject of this one is an EP entitled Embers’ Grave by Ruinebell from Finland and Spain (released this month by Doomentia).

Ruinebell caught my eye this past summer when they released the first single from this second of their two EPs to date. The band is a collaboration between Lasse Pyykkö (guitars) and Pekka Koskelo (drums) from Finland’s Hooded Menace, and vocalist Dopi from Spain (ex-Machetazo, ex-Dishammer, now playing in Bodybag). And if those names don’t get you interested in Ruinebell, there may be no hope for you. END_OF_DOCUMENT_TOKEN_TO_BE_REPLACED

As explained earlier today, I spent a lot of time yesterday making my way through new songs and short releases and found so much to like that I’ve planned four posts about them. Though I’m not sure I’ll succeed in writing all four before the new week buries me in other things, I’ve at least succeeded in completing a two-part collection that includes seven new songs from forthcoming albums and one new single. I’ve arranged them in alphabetical order by band name. The first four songs are collected here, and the next four are featured below (actually, there are more than four… as you’ll soon discover).

Putrefied Remains are a Malaysian band whose debut full-length was released on tape last October by a Malaysian label named Narrowards (a re-press of the tape became available last month). I discovered the band because of an announcement that the tasteful Barbarian Wrath label plans to release the album on CD in October of this year. Barbarian Wrath has also made a track from the album available for listening on Soundcloud, and it put an iron grip on my throat when I heard it yesterday. END_OF_DOCUMENT_TOKEN_TO_BE_REPLACED