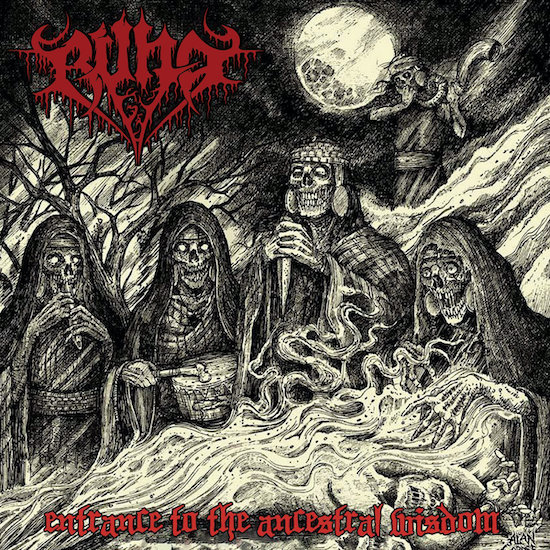 Like most of you I’m curious and enjoy learning. It’s fair to say that a lot of metal bands and their music and lyrics don’t trigger curiosity or create learning experiences, even when their songs are very good. But when that happens, it’s a welcome bonus, and that happened in the case of the song and video premiere we’re presenting here.

The band whose music is the subject of the premiere are in Peru. Their name is Runa. Curious about the name, I did a little research and learned that “runa” is a name that speakers of the Quechua language (which originated in Peru but is found in many dialects throughout other South American countries) use to refer to themselves. According to this article, the word translates to “person”, but when Quechua speakers call themselves Runa, it means “the people”. I also learned that up to the present time Quechuas continue to be victims of political conflicts and ethnic persecution.

Runa (the band) draw upon ancestral culture in the creation of their music. Their new record, which will be released by the Peruvian label Guts ‘N’ Blood Records and follows by five years a debut EP named Bullets Of Annihilation, is titled Entrance To The Ancestral Wisdom. But, as the band’s vocalist/guitarist Alex explains, Runa’s mystical themes are also “immersed in magic, quantum, and alchemy”. The music through which they express these themes embraces the early raw power of death metal and the acidic viciousness of black metal. END_OF_DOCUMENT_TOKEN_TO_BE_REPLACED