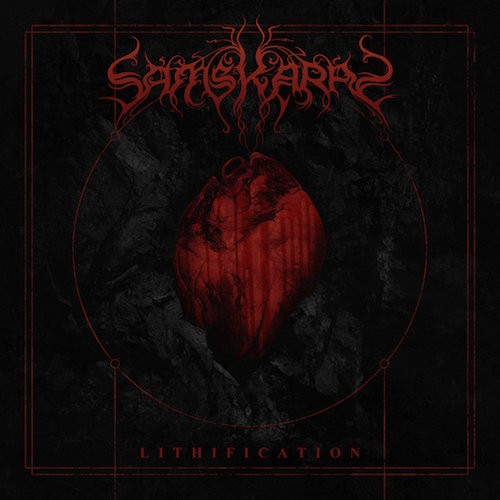 We’ve been following, and helping spread the word about, the Montreal death metal band Samskaras since 2014, premiering both a track from their debut single Consecrate and a song from their 2017 EP, Asunder. Now this talented duo — vocalist/guitarist/bassist Eric Burnet (ex-Derelict, Unburnt) and drummer Alex Dupras (Unhuman, Teramobil) — have recorded a new EP, and once again it’s our pleasure to premiere a song from it.

The new EP, Lithification, is set for release on October 26th and includes four tracks recorded with Cryptopsy’s Chris Donaldson at The Grid Studio in Montreal. The music represents a further stylistic expansion of the sounds displayed on previous releases, adding doses of black metal, doom, and even deathcore into the band’s head-spinning framework of progressive tech-death. END_OF_DOCUMENT_TOKEN_TO_BE_REPLACED 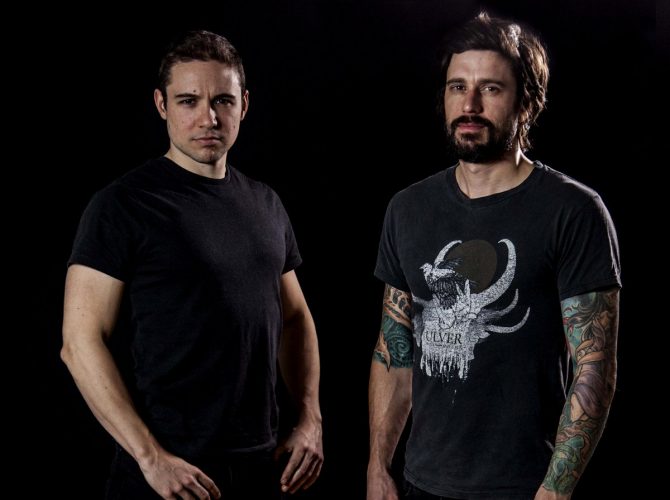 (Austin Weber brings us this premiere of a new music video from Samskaras, along with an interview.)

Last we covered Montreal-based progressive death metal duo Samskaras, the band had just completed a new single, “Red Hill”, and we premiered the lyric video for it alongside an interview with the band’s vocalist, guitarist, and bassist, Eric Burnet (Unburnt, Derelict) in 2014. Just recently, the band dropped Asunder, a fantastic four-song EP, which shows the band experimenting with a lot of new ideas including the integration of tasteful clean singing in some of the songs.

In the spirit of keeping up with artists we’ve covered before, we’re happy to premiere a new music video today for “Fuelscape”. Eric asked if we’d be interested in pairing it with an interview like last time, and this one features some additional answers from their drummer Alexandre Dupras (Teramobil, Unhuman) too. END_OF_DOCUMENT_TOKEN_TO_BE_REPLACED 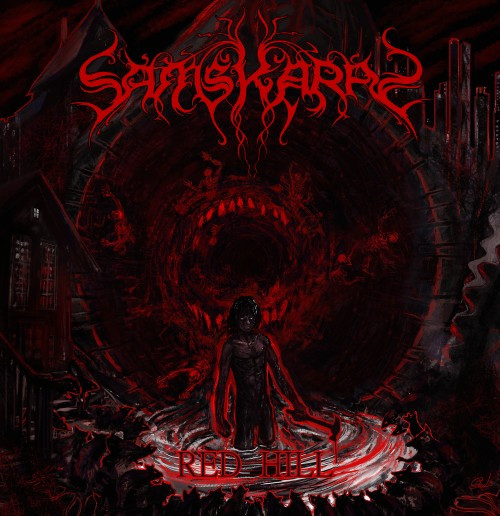 (Austin Weber introduces our premiere of a new single by Montreal’s Samskaras.)

While song premieres at No Clean Singing are typically introduced with an article discussing the band and dissecting the song, I decided with today’s exclusive premiere of “Red Hill”, by two-man Montreal-based death metal act Samskaras, to do a short interview with band member Eric Burnet instead. Eric writes the music, plays guitar and bass, and performs vocals as the core member of Samskaras, and he is also a member of the well-known and justly praised technical death metal band Derelict (and if you don’t know about Derelict, listen here). In Samskaras he is joined by Unhuman drummer Alexandre Dupras.

What led you to create this project and what do you seek to achieve with it?

My main project for the majority of the last decade has been the tech death band Derelict. Inspiration and energy was running low after several tours and a lot of years of constant activity, so we decided to put it on ice for an indefinite period. This opened me up time-wise to other projects, so I immediately hatched the idea of starting Samskaras with whatever material I was writing. Since Derelict has its own specific sound, I had been writing in that vein for a long time. So with Samskaras my goal is really just to let my ideas flow and see what they become. No need for a pre-determined genre tag. END_OF_DOCUMENT_TOKEN_TO_BE_REPLACED