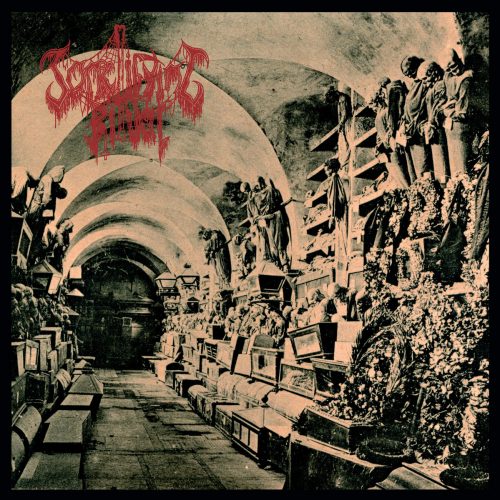 Germany’s Sanctifying Ritual first staked their black flag in foul underground soil with their first demo back in 2009. They followed that with another demo three years later, and then came the Storm of Devastation EP in 2013 — after which the band fell silent. But now they have come roaring back with a long-awaited debut album which bears the band’s name. It will be released by the esteemed Iron Bonehead Productions on June 5th, with a digital edition available that day, as well as CD and vinyl LP formats also becoming available.

The new album, which we’re giving you the chance to hear in full today, could easily have been given the title of the band’s first demo — Sadistic Death — because that’s the kind of feeling it breeds. The music incorporates a range of stylistic ingredients, but everything sounds saturated with evil — not cold and brooding menace but poisonous, rampant, and blood-spraying malignance, nothing you could reason with or resist, a combination of seething pestilence and knives-out malice, of supernatural riot and noxious rot. END_OF_DOCUMENT_TOKEN_TO_BE_REPLACED