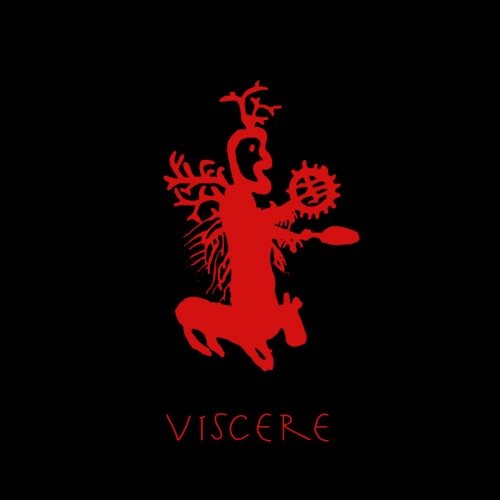 The use of dissonant melody in black metal (and other genres) to build discomfiting atmospheres of tension, instability, and fear isn’t a new development, but that hardly means that all black metal bands who employ dissonance sound alike. Of course, significant distinctions can still be drawn based on a variety of other factors, including not only the degree of dissonance but also the ways in which it’s integrated with the numerous other ingredients that may find their way into the music.

The Italian trio Sangue Nero favor dissonant chords and unsettling melodies in the songs they’ve crafted for their debut album Viscere, but they’ve mixed them together with tribal and folk elements (including the use of a didgeridoo), a changing array of vocal expressions, and staggeringly heavy rhythms (among other ingredients) in ways that make Viscere a debut worth serious attention. As a first sign of the talents that Sangue Nero display on Viscere, we have the premiere of a track denominated “III“. END_OF_DOCUMENT_TOKEN_TO_BE_REPLACED