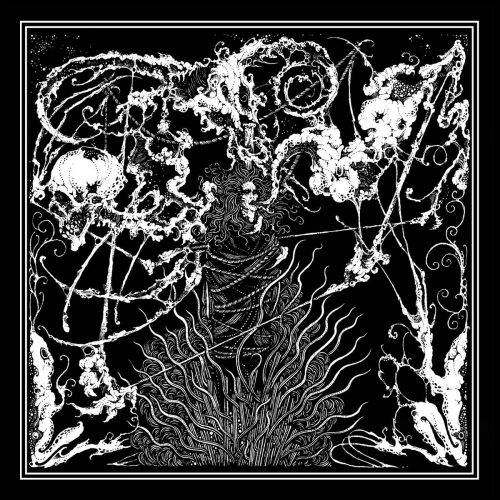 I’ve included the music of the Belgian black metal band LVTHN in numerous previous installments of this column, but not since the release of their 2016 debut album Eradication of Nescience, and therefore failed to mention their 2017 EP, The Spider Goddess. That’s well worth checking out if you haven’t already, but today’s focus concerns something even more recent, a new split by LVTHN and the German band Häxenzijrkell (whose music I’ve also written about before). It was released on April 30th, digitally and on 10″ vinyl by Amor Fati (with cover art by Karmazid). END_OF_DOCUMENT_TOKEN_TO_BE_REPLACED