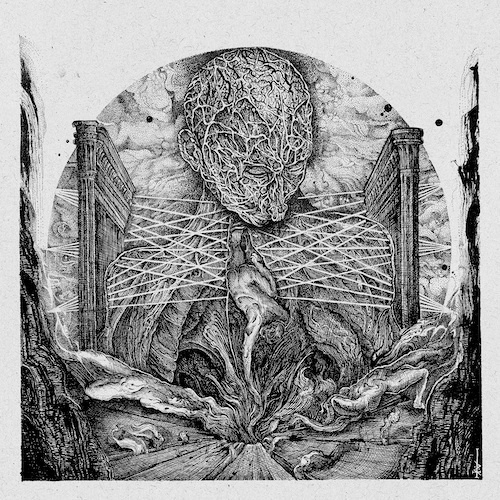 Competent vocals in the most extreme of metal genres are commonplace. Whether it be the guttural growls and grunts of death metal or the shrieks and howls of black metal, it seems that vast hordes of people can execute them well enough to pass — maybe not in ways that really pop open a listener’s eyes, but at least capably enough that they don’t distract from or diminish the surrounding music. But being merely competent would seem to be a failure in bands who devote themselves to spiritual black metal.

When the paramount goal of the music is to be guided by esoteric mysticism, to become consumed by the black flame, to reveal dimensions that lie outside the mundane world, and to channel the fervency of intense devotion, the vocals need to be out of the ordinary. The voice should sound like the performer is seeing visions most of us can’t see, overcome by inner flames that most of us don’t feel, out on the bleeding edge where rational thought has been banished and the madness of ecstasy or pain (or both) rules the day. Achieving that might test the limits of what human vocal chords can produce without injury, but must at least convey genuine spirit.

Which brings us to Bright Euphoria, the new album by Serpens Luminis. END_OF_DOCUMENT_TOKEN_TO_BE_REPLACED