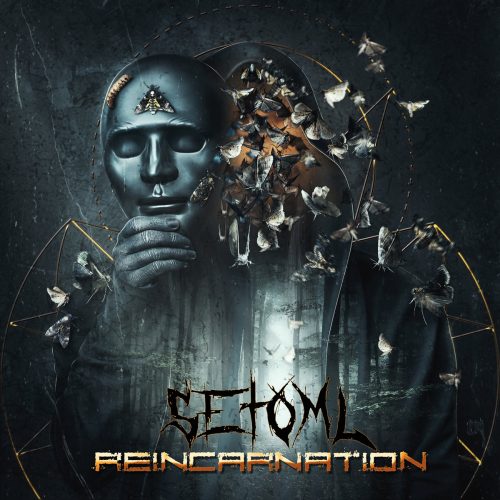 We are told that Setoml was the ancient name of a river that flowed into the Pochayna River in Kyiv city, Ukraine. Mentioned in chronicles that date back to the 11th and 12th centuries, it was the resting place of parts of an army of the Turkic Pechenegs who were defeated in 1036 by Yaroslav The Wise and drowned beneath its waters.

Setoml is also the name chosen by a new two-man Ukrainian melodic black metal band, formed by Semenenko Anton (known as one-man project Luna) and Krivoviaz Serge (founder, vocalist, guitarist of I Miss My Death). In Setoml, Anton is the composer of all songs and performer of all instruments, while Serge is the lyricist/vocalist. Their debut album Reincarnation (“Перевтілення”) will be co-released on April 24th by Satanath Records (Russia) and Kryrart Records (Germany).

The song we’re presenting today, “The Shadows Path (Шлях тiней)“, is the track that closes the album. And like all the other tracks, it explores the reincarnation of the soul after death, the symbol of which is the night butterfly. END_OF_DOCUMENT_TOKEN_TO_BE_REPLACED