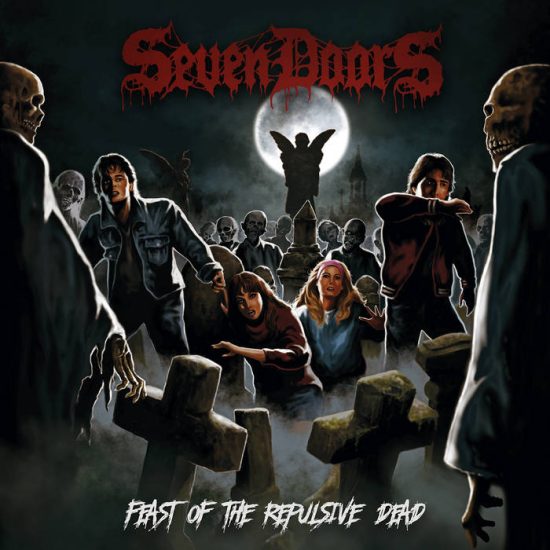 Fans of horror films released during the ’70s and ’80s span the globe, a cult to be sure, but a large and devoted one. If we were to make a Venn diagram, we would also find a significant area of overlap with the cult of metal, and within that intersection we would find Seven Doors, a one-man horror-themed death metal band from the South West of the UK.

Through this project, named for the hotel in the Lucio Fulci film, The Beyond, Ryan Wills has combined his passion for horror films of those past decades with musical inspirations drawn from such bands as Death, Gorguts, Asphyx, Malevolent Creation, and Cannibal Corpse, and the results of those intersecting interests are to be found in Seven Doors‘ debut album Feast of the Repulsive Dead. Like Seven Doors‘ debut EP The Gates of Hell, it will be released by Redefining Darkness Records, with the arrival slated for January 27th to quickly darken the impending New Year. END_OF_DOCUMENT_TOKEN_TO_BE_REPLACED