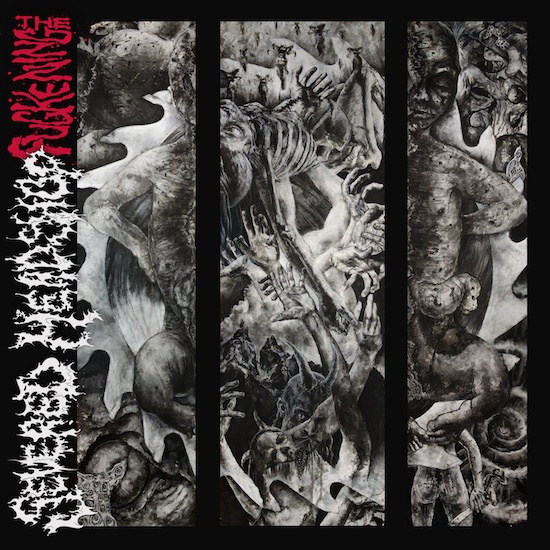 Take an array of bullet-spitting and neck-breaking percussive assaults, heaping helpings of fretwork mania, doses of brazen and grim melody, a slaughtering spectrum of vocal belligerence, and some bridge-collapsing breakdowns, then put all that into the blender of your mind and press “Puree” in rapid pulses.

That thought might help you imagine what the Indiana band Severed Headshop pull off in the barbaric and bamboozling track we’re premiering today, along with a video of the performance.

The song in question, “Eternal Soul Penetration“, is one of five that appear on their hilariously named debut EP The Fuckening, which is now set for an August 5th release by Everlasting Spew Records. It’s quite a head-scrambling stylistic amalgam, which the label has attempted to sum up this way: “Blending early 2000s brutal death with blackened sorceries and modern Death Metal approaches and playing it all with a grindcore sneer….” END_OF_DOCUMENT_TOKEN_TO_BE_REPLACED