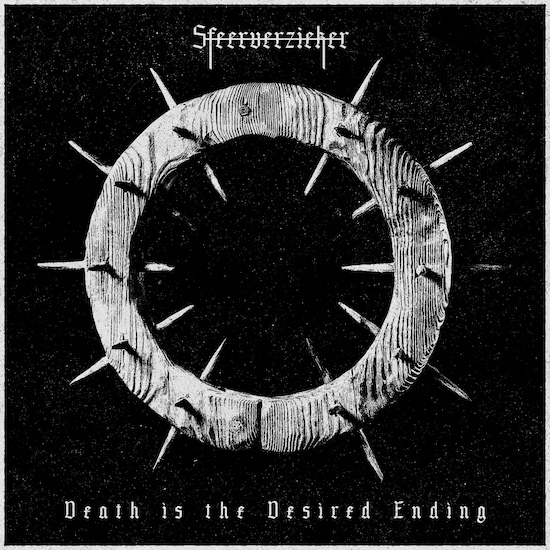 In its debut album Death is the Desired Ending, the Dutch solo project Sfeerverzieker invites you to “Embrace depravity, Embrace brutality”. Consistent with that invitation, the songs’ lyrical themes are themselves centered on “brutality, misery, negativity, and the destruction mankind brings to this world”.

But as is sometimes true of metal spawned by such negative and nihilistic thoughts, the music of Sfeerverzieker, which broadly could be summed up as an atmospheric amalgam of sludge, doom, and post-metal, expresses them in ways that are often brimming with vitality and stunning in the scale of their power. Wide-ranging in their variations, the songs are often unmistakably disturbing and devastating in both their sonic force and their emotional impact, but also relentlessly captivating.

We have two striking examples of these accomplishments today, one of them a song that has already debuted but which you might have missed, and the other a track we’re presenting for its first public airing. END_OF_DOCUMENT_TOKEN_TO_BE_REPLACED