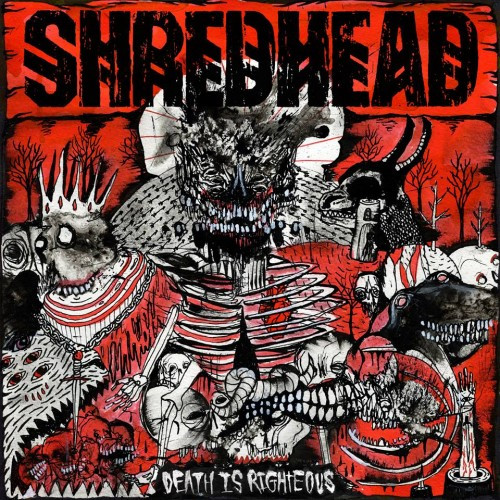 Three years after the release of their debut album, the Israeli band Shredhead (who are now based in Berlin) are on the brink of releasing their second full-length, Death Is Righteous, via the Danish label Mighty Music. With a name like “Shredhead”, the band provide a strong clue to their chosen style of mayhem, but we’ll take away the guesswork by giving you a taste of the new album through our premiere of the album’s third track, “The Lie”.

The song does indeed deliver a potent guitar attack, but there’s as much powerhouse groove in “The Lie” as there is whiplashing thrash. In fact, the grinding bass and explosive drumwork make a very strong impression — sort of like the impression made by a crowbar applied vigorously to the back of the neck. END_OF_DOCUMENT_TOKEN_TO_BE_REPLACED