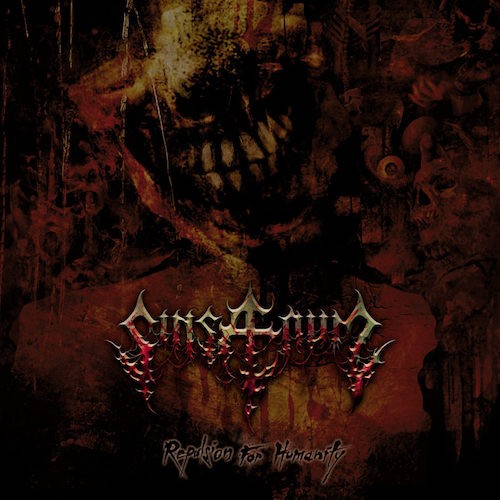 (This is TheMadIsraeli’s review of the new album by the multinational collective Sinsaenum, which was released last month.)

Sinsaenum is a weird band, in the sense that I think supergroups usually end up being failures, but Sinsaenum are not.  The music they write is good, but they also serve as a case study for one of the bigger problems that comes from forming a supergroup in the extreme metal world:  When the membership of a supergroup is diverse, and when efforts are made for each member’s background to be represented sonically, that can lead to albums that are… fragmented, to say the least.

Sinsaenum, the brainchild of Joey Jordison and Frédéric Leclercq, boasts alumni and current members of Dragonforce, Mayhem, Dååth, and Slipknot, just to rattle off the big names, and their new album sounds like they don’t know what they want to be, even if the resulting product is still in my mind fairly excellent.

The thing is, even the fragmented, stylistically inconsistent nature of Repulsion For Humanity isn’t even consistent. Among the various pure death metal metal, pure black metal, and straight-up groove and nu-metal-bordering tracks on the album, there is a blackened death metal mix on songs in the latter part of the album that very distinctly stands out, and sounds like something the band could make an identity out of. I enjoy all of this album, but I have no doubt that many people will have a hard time finding a baseline to dial into. If there is one, it’s on those latter tracks. END_OF_DOCUMENT_TOKEN_TO_BE_REPLACED