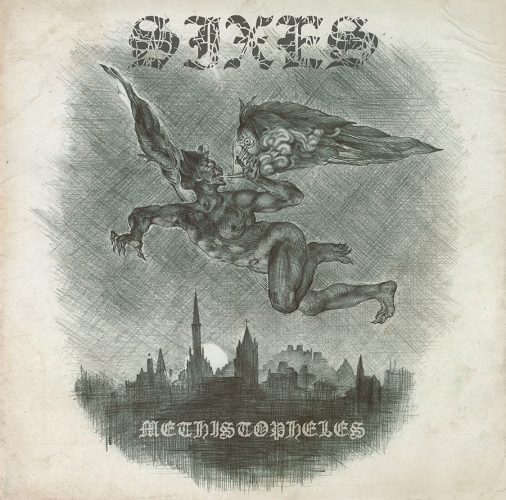 There’s no typo in the title of this post. Methistopheles is indeed the name of the debut album by the Southern California band Sixes. Think for a moment about such a union, about the scourge of meth joined to a conception of Lucifer not as a fallen angel but as the master of eternal tortures. Imagine desperation, derangement, and pain without end.

To be clear, I don’t know if that’s precisely the linguistic suggestion that Sixes had in mind when they coined the album title. My imagination could simply have fallen prey to the influence of the album’s music, which draws from poisoned wellsprings of sludge, stoner doom, and black metal to express abject misery in particularly devastating but perversely entrancing ways.

The music may turn your imaginings in other directions… none of them very pretty or comforting… but the best way to find out is to listen to the album. And you can do that now through our premiere of the record a few days before its March 1 release by Black Bow Records. END_OF_DOCUMENT_TOKEN_TO_BE_REPLACED