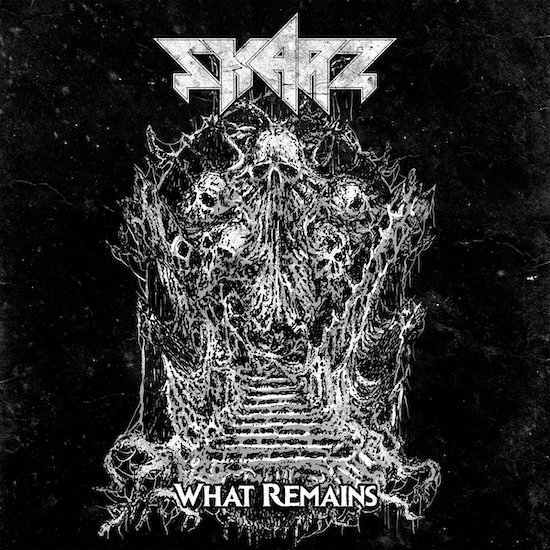 For most of us time is no longer like a methodically ticking clock, the days no longer marked by the calendar or the forward motion from one scheduled routine to the next. Instead it’s like a disorienting fog, the days running into each other, each one like the one before and the one after, to the point where it’s easy to forget what day it is, or what the point is — other than to stay away from other people. The calendar says today is a Sunday, but it might as well be a Monday or a Friday. So why not have a premiere today?

The one we have is a skin-shivering track named “Kind of God” from the Greek death metal band Skarz off their debut album What Remains, which is set for release on April 21st by the triumvirate of Satanath Records, More Hate Productions, and Exhumed Records. END_OF_DOCUMENT_TOKEN_TO_BE_REPLACED