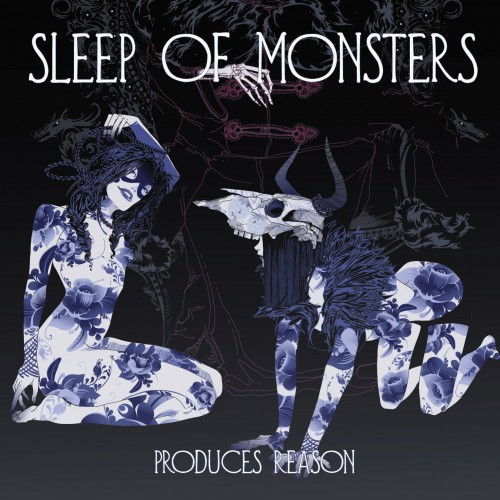 For the second day in a row we step off our usual beaten paths and bring you a song premiere that not only breaches the rule embodied in our site’s name but stands out in large part because of that transgression. And there are other connections between yesterday’s offering from The House of Capricorn and today’s striking debut from Sleep of Monsters.

Apart from the fact that both band’s’ new albums are being released by Finland’s Svart Records, The House of Capricorn pay stylistic homage in their music to Finland’s distinctive Babylon Whores, while Sleep of Monsters features that occult death rock band’s vocalist Ike Vil. In addition to his formidable presence, Sleep of Monsters includes guitarist and main songwriter Sami Hassinen (guitarist for Blake), drummer Pätkä Rantala (who played on HIM’s debut album), keyboardist Janne Immonen (who has toured extensively with Waltari and Ajattara), guitarist Uula Korhonen, and bass-player and backing vocalist Mäihä.

Sleep of Monsters’ debut album is named Produces Reason, and while the record was distributed earlier this year within Finland, it is now finally getting a global release by Svart Records, who also recently reissued the entire Babylon Whores back catalogue on vinyl. END_OF_DOCUMENT_TOKEN_TO_BE_REPLACED