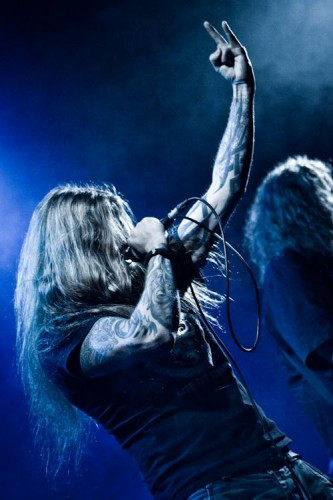 So, we thought it was time to take the cosmic hint and track down Survivors Zero’s September ’09 debut album, CMXCIX. We shouldn’t have waited so fucking long, because it’s an ass-kicking delight.  (more after the jump, including a song and a video . . .) END_OF_DOCUMENT_TOKEN_TO_BE_REPLACED 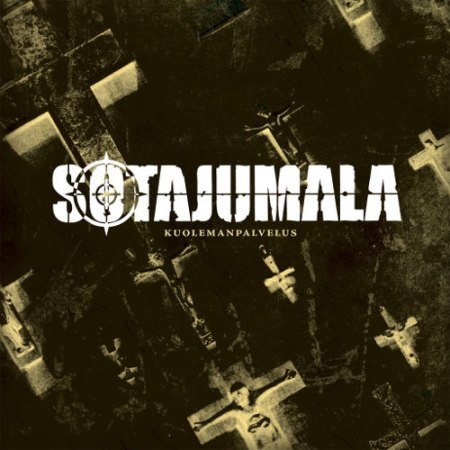 “Death metal. That’s what’s on the menu today. In fact, that’s all we’ve got on the menu today. No fancy sauces, no creative side dishes, just a big slab of red meat, charred on the outside and bloody on the inside. But it’s Grade A prime, and it do taste good!”

OK, those words are the notes I made to myself as I listened to the first 4 songs on the new album from a Finnish band called Sotajumala (which in English means “Wargod”). And what I wrote to myself continued to hold true until I reached the 8th and final song on the album — the title track, called “Kuolemanpalvelus”.  (Unless you’re Finnish, don’t try to say that out loud because you’ll hurt yourself.)

And that song fucked up my nice, neat encapsulation of this album. Why? Well, I’ll get to that.

On Tuesday, we promised that in the next two days we’d tell you about two new albums that would make your heads explode. Yesterday, it was MAFIA by Fleshgod Apocalypse. If you’re reading this post today, it means that some part of your head is still intact. Today ought to Finnish the job.  (more after the jump, including a track for you to sample, and a new video . . .) END_OF_DOCUMENT_TOKEN_TO_BE_REPLACED