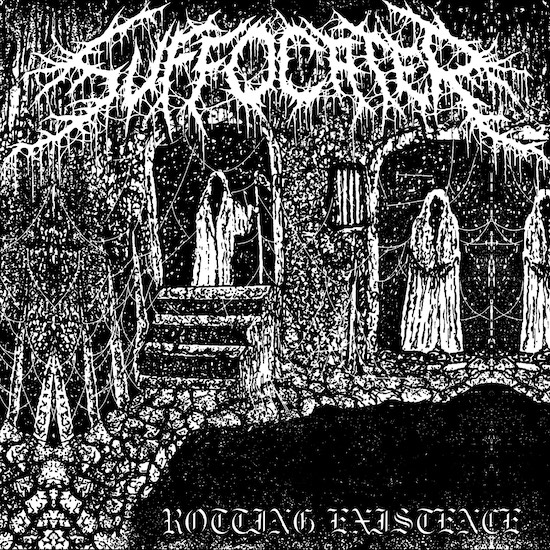 We’re bringing you a helluva good song in this feature, one that helps herald the forthcoming arrival of Rotting Existence, a new record from Salt Lake City’s Suffocater. This is a group that only formed last summer, but they’ve wasted no time, releasing a self-titled debut EP last November and now following it with this album.

The band’s three members all played in punk and folk projects in the past, but they united within Suffocater as a way of channeling their passion for heavier music. They describe their style as “straightforward hardcore with brutal metal vocals,” taking influences from bands like Portrayal of Guilt, Eyehategod, and Genocide Pact.

But like most shorthand descriptions, that one doesn’t fully incorporate what you’ll hear in their music. You’ll get a better idea by checking out the song from the new release that we’re premiering today — “Empty Streets“ END_OF_DOCUMENT_TOKEN_TO_BE_REPLACED