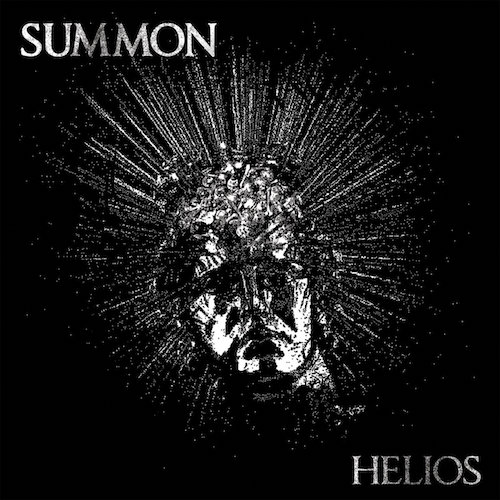 If you have been searching for the soundtrack to your worst nightmares, you have come to the right place. What we have for you today is a full stream of Helios, the new EP by the three Portuguese black/death demons who call themselves Summon. Consisting of three horrifying assaults on the senses, Helios will be released on February 2nd under the hammer of Godz Ov War Productions.

For those unfamiliar with Summon, their two preceding releases were the Aesthetics of Demise EP in 2017 and the Parazv Il Zilittv full-length in 2018. As those records have already revealed, but this new EP demonstrates without question, Summon are not content merely to deliver barbaric assaults of battle-zone chaos (which they do quite powerfully). Their music equally creates atmospheres of unearthly malignancy and apocalyptic doom. END_OF_DOCUMENT_TOKEN_TO_BE_REPLACED