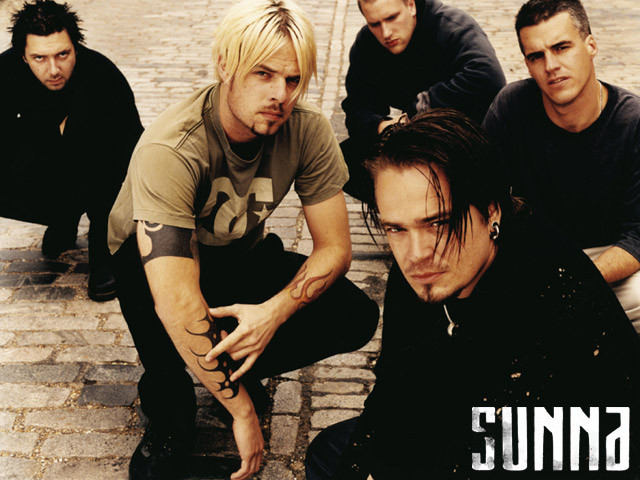 (Andy Synn brings us another edition of THE SYNN REPORT, focusing on a band who’s off our usual beaten path.)

So this will be the third Synn Report in a row emanating from the British Isles… I’m not sure why… possibly some sort of deeply repressed guilt or sense of ingrained responsibility to the UK metal scene? Who knows. Don’t worry though, I’ve already set out who the next edition is going to focus on, and they’re not from the UK, so I think we’re safe from any pro-imperialist accusations.

After two distinctly death metal flavoured editions in a row we’re heading into more unusual waters this time around, with a band who come to NCS from a rather different direction.

Forming in 1998, Sunna have had a very up and down career in the British underground. Arriving at the tail end of the nu-metal years the group were lucky enough to avoid being tainted with the same artificially-angsty brush, while also benefitting from a renewed interest in more arty and more dramatic forms of rock/metal (which some would say was a counter-counter-culture response to the more… clunky… forms of mainstream metal at the time).

Dealing in a sound somewhere between the industrial groove of early Nine Inch Nails, the pulsing ambience of Massive Attack, and the soaring riffage of A Perfect Circle – with underlying influences from both Bowie and The Beatles (at their most psychedelic) – the group delivered their well-received debut in 2000, before completely and unexpectedly falling off the radar. It was over nine long years later that the group would return with their follow-up record, continuing even further along their esoteric, industrial/electro-ambient path.

By the release of their third album the band were essentially a solo project of vocalist/guitarist Jon Harris (along with contributions from a number of notable other musicians), but continued to deal with their themes of inner turbulence and turmoil through the medium of their complex compositions and thought-provoking, often painfully honest, lyrics. END_OF_DOCUMENT_TOKEN_TO_BE_REPLACED