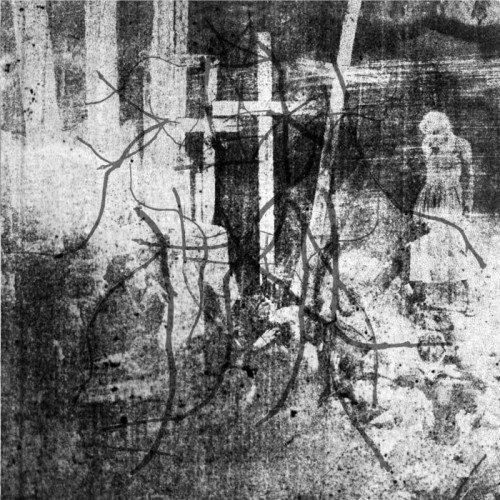 How far can you go in the creation of harsh, ritualistic noise and still term the results “music”? Sutekh Hexen test those limits with their new album Larvae — the first of their creations I’ve heard. They come pretty close to the bleeding edge — and I say that as someone whose musical diet is confined largely to the kind of extreme metal that 99% of the world’s population would scorn as “not music”.

I found a quote from a musicologist named Jean-Jacques Nattiez that seemed relevant: “My own position can be summarized in the following terms: just as music is whatever people choose to recognize as such, noise is whatever is recognized as disturbing, unpleasant, or both.”

Of course, I would disagree with that conceptual dividing line (and I suspect Sutekh Hexen would, too). Some of the most powerful metal is both disturbing and unpleasant, just as life can be, and I would still call it music — because listening to it is a human-generated experience that engages the mind and moves the emotions. Larvae certainly does that, and isn’t that what music does?

The album is a paradox: Though it’s often massively distorted, atonal, and violent, it’s also hypnotic. It’s often utterly unnerving, and yet it matches the explosiveness of rage with moments of hollow resignation and sensations of grief-ridden acceptance. Much of the music sounds like a massive turbine generator on the verge of going supernova, and yet it includes extended passages of subdued acoustic guitar melody that somehow don’t seem out of place amidst all the background static.

And as unsettling as the Larvae listening experience is, it’s one that’s likely to stay with you; it has certainly stayed with me. END_OF_DOCUMENT_TOKEN_TO_BE_REPLACED