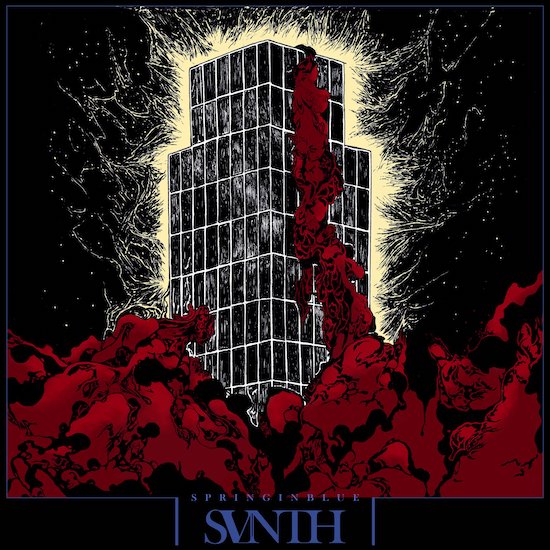 As we wrote at time of our last premiere for this Roman band two years ago, in genre terms they were hard to pin down. At the time of that 2018 release (an EP named SVNTH) one could tick off references to black metal, post-rock, and Pink Floyd-inspired psychedelia, with a nod toward experimental flourishes — and you could also hear ambient sounds and folk-oriented digressions with a dark cast.

As we observed then, just making a list like that might make you think of a juggler feverishly trying to avoid dropping any of the multi-colored spheres he’s whirling through the air, but Seventh Genocide (who have begun shortening their name to SVNTH) made their amalgamation of myriad influences sound effortless. All those changing colors weren’t distracting; they just made the music more engrossing.

Which is one reason why we’ve been so curious to see what they would do on their next release. That next release turns out to be an album named Spring in Blue, which will be released by Transcending Records on August 28th. The band have previously released a first single called “Wings of the Ark“, and today we present a second one — “Erasing Gods’ Towers“. END_OF_DOCUMENT_TOKEN_TO_BE_REPLACED