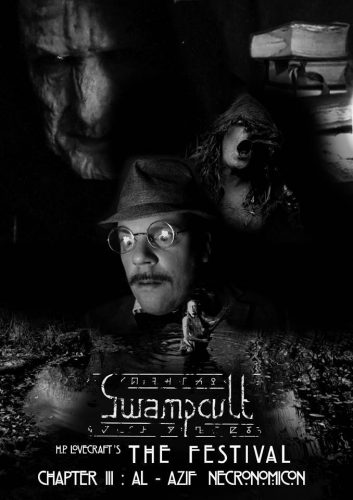 In August of last year we premiered a song from an album called The Festival by the Dutch duo SwampCult. The album was eventually released in October, and both before and after its release it earned substantial praise from metal writers scattered around the globe, excerpts of which appear in a long list at the album’s Bandcamp page. Today we have a reminder of the album for listeners who may not yet have explored it, and a terrifying companion to the music for those who already have: the premiere of a video for the same song we had the pleasure of premiering last August, “Chapter III – Al-Azif Necronomicon“.

For the newcomers, The Festival is based entirely on a story by H.P. Lovecraft that bears the same name, which was first published in the January 1925 issue of Weird Tales magazine. The album traces that story from start to finish, with each song representing a different chapter in the unfolding narrative. In addition, the album is accompanied by a special story card for each song. Here’s the one for “Al-Azif Necronomicon”: END_OF_DOCUMENT_TOKEN_TO_BE_REPLACED 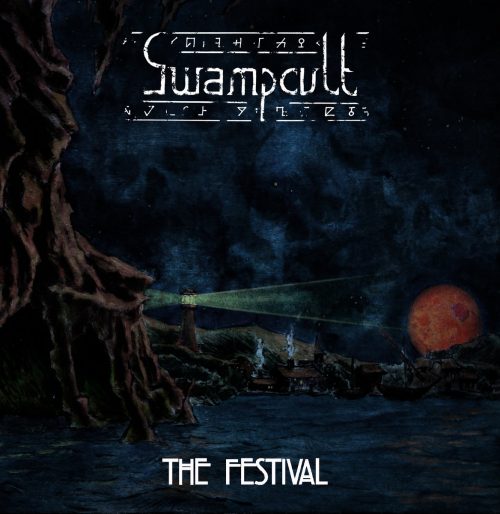 For very good and well-proven reasons, the mythos of H.P. Lovecraft has inspired the music of countless metal bands across a range of different genres, but few have embraced the great man’s writing quite like the Dutch duo SwampCult have. Their new album The Festival — which will be released on October 2 by Transcending Obscurity — is based entirely on a Lovecraft story that bears the same name, and the album traces that story from start to finish, with each song representing a different chapter in the unfolding narrative. In addition, the album will be accompanied by a special story card for each song.

Today we have for you a stream of The Festival’s third chapter, a song called “Al-Azif Necronomicon“, along with a close-up image of the story card accompanying that track: END_OF_DOCUMENT_TOKEN_TO_BE_REPLACED