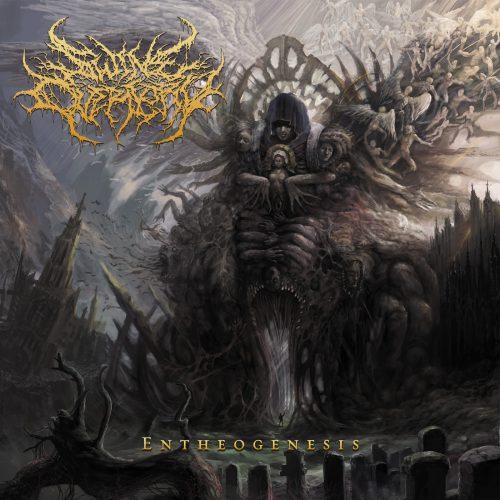 Once upon a time we had a semi-regular feature at this site called “Eye Catchers” in which we chose new music to explore based solely on the album art, testing the hypothesis that cool artwork usually means cool music. This new album, Entheogenesis, by the beautifully named Swine Overlord would have easily qualified for that series. Seriously, gaze for a moment more at the cover art by Chinese artist Yang Guang (Equilibrium, Putridity, Inanimate Existence), who we’ve featured repeatedly in the daily art posts on our Facebook page.

Having been drawn to this album by the artwork and the band’s name, I began to explore the music… and it definitely tends to support the hypothesis of “Eye Catchers”. But judge for yourselves, because we have a sample of Entheogenesis to share with you — the 9th of fourteen tracks on the album: “A Delusion’s Paradise“. END_OF_DOCUMENT_TOKEN_TO_BE_REPLACED