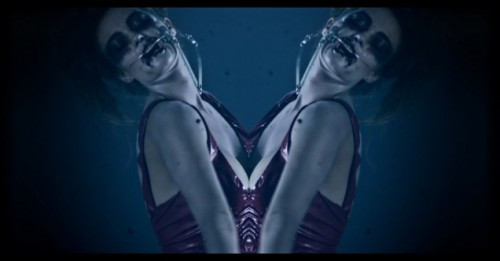 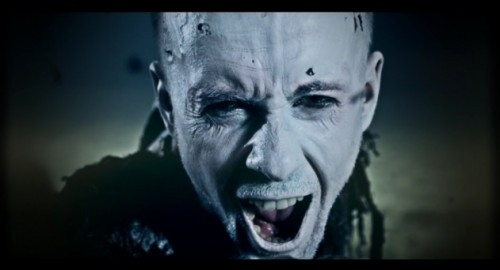 Behemoth’s video for the song “Lucifer” from the Evangelion album debuted yesterday, in both censored and uncensored versions, and it’s a beautifully made, visually striking piece of work. The song itself is dramatic, potent, massive, and the imagery of the video suits the music.

As far as I can tell, the lyrics to “Lucifer” are the lines from a poem by Tadeusz Micinski. The poem is in Polish, but I found a literary (ie, not entirely literal) translation — which tells me that the imagery in the video has very little to do with the lyrics. And the imagery itself, though highly symbolic, is open to interpretation.

It seems to depict a hospitalized girl in the last minutes of a fatal illness or injury, with a priest in the room calling for divine intercession and a red-eyed black unicorn (perhaps symbolizing death) making his steady approach. And from there, I lose the thread of the visuals. They’re arresting to see, but what they are intended to mean I’m unsure, though I’m still thinking about it. I suppose the fact that I’m still thinking about it is a sign that it’s waaaay above average, as metal videos go.

After the jump is the uncensored version of the video (female nudity, of course) plus the translation of the lyrics to “Lucifer”. If you’ve got ideas about what the video means, or at least how you choose to interpret it, please leave us a Comment. END_OF_DOCUMENT_TOKEN_TO_BE_REPLACED