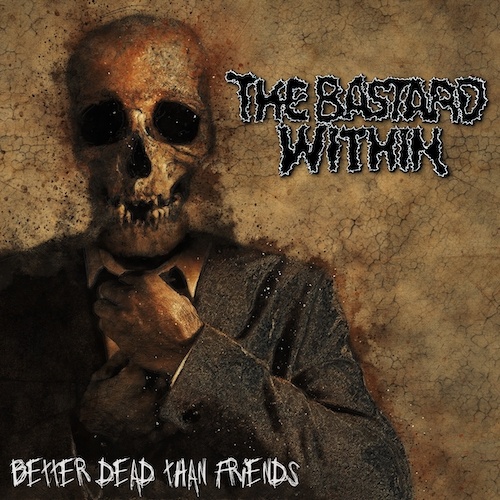 Let’s cut to the chase: For a debut album, it’s astonishing just how good Better Dead Than Friends is. It would also be astonishing even if it were an album released by any top-shelf grindcore band far deeper into their career than the place where The Bastard Within find themselves, close to the beginning of their own. This isn’t completely shocking, given that the members of this group have made names for themselves in other bands already, but still… what they’ve accomplished on this first full-length is a big eye-opener.