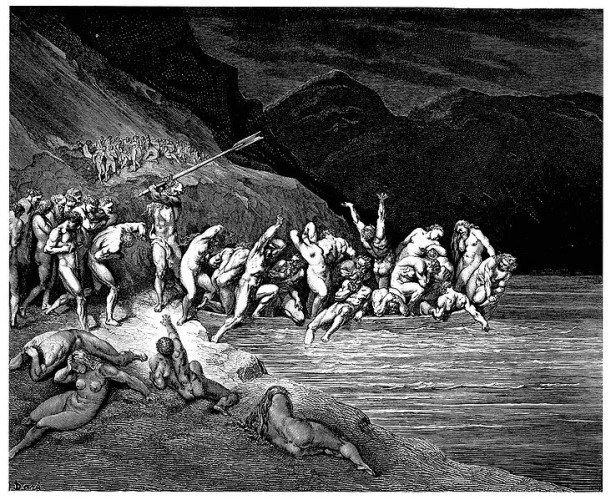 (In this guest post, Booker identifies works of literature that he was inspired to read as a result of metal, along with the specific music that provided the push. If you’ve had similar experiences, we’d like to hear about them in the Comments, along with any thoughts you might have about Booker’s post.)

Well, if you’re reading NCS, you’ve probably come to the conclusion that metal is one of mankind’s greatest creations. When I’m feeling generous I’d even expand that to music in general. You know what one of human beings’ other greatest creations is? Sending humans to an orbiting lunar body in specially controlled atmospheric craft and protective suits? Pfft, no! Using a modified virus to evoke lasting immune responses to deadly diseases? Meh.

What I’m talking about is writing. That’s right, writing, without which those other achievements wouldn’t even be possible. When you think about it, it’s pretty mind-blowing that we can scrawl lines on paper, and now digital displays, and someone else can look at those hieroglyphics and almost instantaneously discern meaning, enabling us to convey ideas and thoughts to someone else without even talking to them! From one side of the planet to another, or even from one mind to another across the abyss of time and the divide of death. Think about that after smoking a few pipes (oh my god, it’s like there’s people reading my mind!… over the internet!… and I’m reading some thoughts from someone who’s dead!… woooaahh).

And with writing came literature (and humorous toilet graffiti).  Not surprisingly, given the vast array of ideas and storylines conveyed by literature, some of those works have in turn inspired musicians to craft musical works covering the same themes, and when metal musicians do it you get what I’d call a veritable orgy of humanity’s greatest creations – metal meets literature, all getting off over each other. That’s what I’m talking about! But what I’m going to cover here is taking this one step further – not just metal albums inspired by literature, but albums/songs/bands that have in turn inspired me to go back to the source and read the inspirational literature in question. END_OF_DOCUMENT_TOKEN_TO_BE_REPLACED