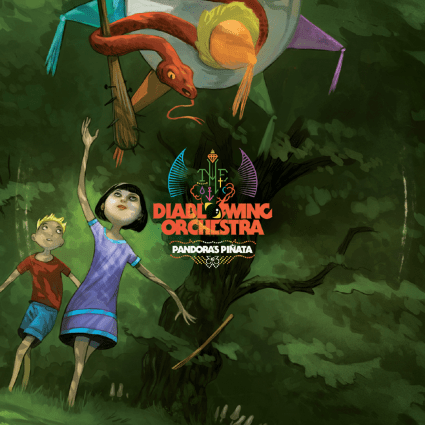 (In this post groverXIII reviews the new album by The Diablo Swing Orchestra.)

Quite recently, our old pal Islander asked us, “What’s in a name?” I found this pretty amusing, because I had actually planned on addressing this sort of subject in this review, albeit with a more limited scope. Specifically, I was going to address those rare instances where a band’s name is directly evocative of the music that they make. I don’t mean the sort of band names where it’s fairly easy to guess what sort of music they make, like how a band with a pluralized noun is probably a djent band, or a band with a Verb/Gerund The Noun name is probably metalcore/deathcore, or how a band with a name that doesn’t appear to be a real word is probably a black metal band.

No, as you might guess, I’m talking about a name like Diablo Swing Orchestra. I’ve been trying for a while to think of a band whose moniker is more perfectly suited to them, and I really haven’t found one. If for some reason you are unfamiliar with them, Diablo Swing Orchestra mix metal with a smorgasbord of orchestral music styles to create something that is truly unique. They have one of the most interesting back stories I’ve ever read, and while it may or may not be historically accurate, it certainly does a nice job setting the stage for their music. They live up to their name, sounding like the Glenn Miller Orchestra if they were doing a gig as Lucifer’s house band.

I’ve been following the band since I first happened upon their stunning debut, The Butcher’s Ballroom, where the mix of elements blew me away, not only because of the different styles, but also how smoothly they were mixed. DSO’s sophomore release, Sing-Along Songs For The Damned And Delirious, was certainly its predecessor’s equal, maintaining the same level of ferocious weirdness without running it into the ground. And now, we get Pandora’s Piñata, the DSO’s eagerly-awaited third album, and once again, these eclectic Swedes do not disappoint, delivering one of the year’s most creative releases thus far. END_OF_DOCUMENT_TOKEN_TO_BE_REPLACED