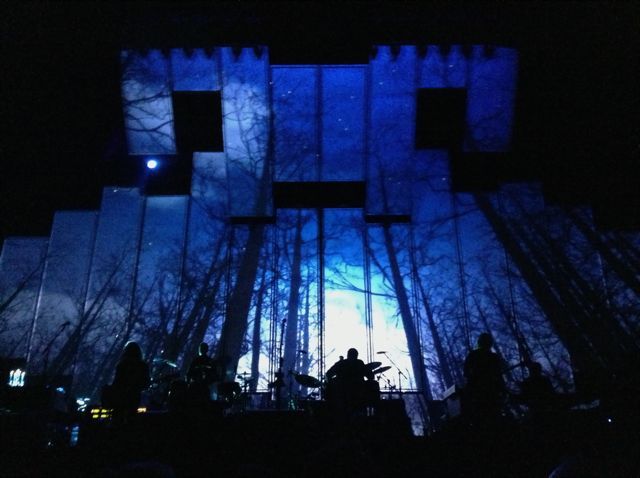 We’re kind of light on the metal at NCS this weekend, and I’m about to explain why.

At the beginning of the summer my wife and I watched a documentary about a band. My wife, to put it mildly, is not into metal, so it was more a question of me going along on her ride than me being behind the wheel. The movie was History of the Eagles. In a word, it was superb.

I suppose it helps to like The Eagles’ music, which I do, but as a look at the rise and fall and resurrection of an unlikely group of very talented and collectively dysfunctional singers, songwriters, and musicians over a 40-year period, the movie is a fascinating story in its own right. (Did you know that The Eagles, Their Greatest Hits 1971-1975, which was released in 1976, was the best-selling album of the 20th Century in the U.S.?  True story.)

Right after we finished watching the movie, my wife asked if we could find out whether the Eagles were touring again — and of course, they are. Because she and I almost never hear live music together and because we haven’t taken even a short vacation together in quite a while, I splurged on a very pricey pair of tickets to an Eagles show in Vancouver, BC, which finally took place two nights ago on September 6, 2013. We hit the road from Seattle that morning.

With five hours of the indie rock and alt-folk favored by my wife blasting in the car on the round trip and a long evening of The Eagles in between, the closest I got to metal until arriving home again last night was driving past The Rickshaw venue on the way into downtown Vancouver. But I couldn’t help thinking about the contrasts with metal that the weekend revealed. END_OF_DOCUMENT_TOKEN_TO_BE_REPLACED