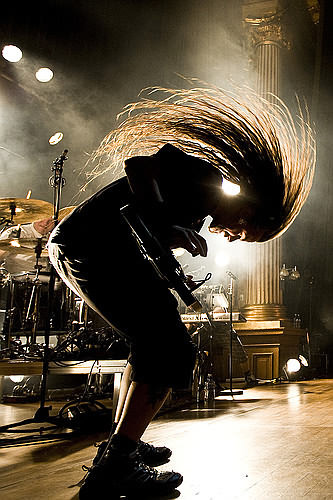 Two years ago in December, when NCS was barely one month old, I pondered the tradition among metal sites of publishing lists of the year’s best albums. It seemed like something NCS should be doing, but there were two problems:  First, we had no metal cred at all, and almost no readers, so it seemed pretty presumptuous and pompous for us to be proclaiming which albums were the year’s best. Second, it seemed like waaaay too much fucking work.

So I came up with an alternative idea: Instead of trying to pick and rank the best albums or even the best songs, why not just make a list of the songs that I and my two NCS co-founders had heard from 2009 releases that we thought were the “most infectious” — which was just a way of saying they were the songs we listened to the most because they were . . . catchy. So that’s what we did.

The first year it was pretty easy. Because we started NCS so late in the year, we’d spent most of 2009 just being average fans. Between the three of us, we listened to a lot of new albums, but not nearly as many as would come our way later, after bands and labels started flooding us with new stuff. Each of us just threw together our lists of favorite songs, and then we collaborated on whittling the combined master list down to 10.

Last year, it was a lot harder. My two co-founders had pretty much become inactive, with school and life in general getting in the way. I was not in school and had no life, so I forged ahead. In addition to all the music I’d personally heard, I solicited suggestions from NCS readers. The result was a really long list of candidates that included songs I’d never heard myself during the year. The master list was a lot longer than the one the year before, and I got a headache trying to narrow it down. I started publishing the list in installments before I’d even finished the whittling-down process. Eventually, I just made myself stop — after naming 30 songs as “most infectious”. END_OF_DOCUMENT_TOKEN_TO_BE_REPLACED 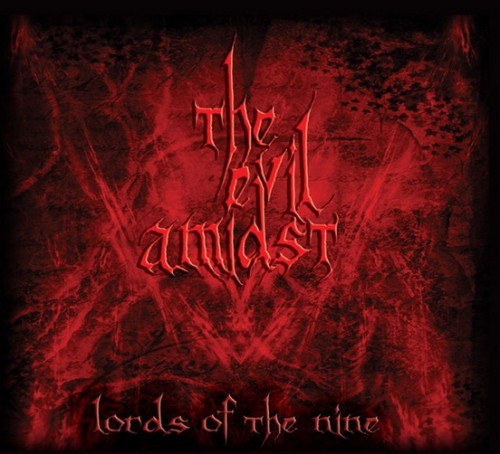 (Here we have the fourth installment in our week-long effort to catch up on albums we like with shorter-than-usual reviews.)

Light the torches in a cave deep underground, let the cavern fill up with black smoke, tread carefully through the decaying skulls of those who were not worthy, and bow down at the altar of irresistible convulsion in the shrine of double-bass and the blackened riffing that cannot be denied. All ye acolytes of Immortal, Immolation, Incantation and Behemoth, take heed: The ceremony is about to begin, with the Lords of the Nine presiding.

That’s the name of the debut album by The Evil Amidst — Lords of the Nine. It was released in late September 2010, but we only discovered it recently. It’s a concept album about demon mythology in the realms of dark fantasy. It’s also so well-attuned to our tastes that it could have come out a decade ago and we’d still be writing about it.

The members of The Evil Amidst are well-practiced in the black arts of bone crushing: the line-up includes two members of Malevolent Creation – Gio Geraca on lead guitar and Gus Rios on drums; Kult ov Azazel‘s Xaphan on guitar; HatePlow‘s Lenny Warmbrandt providing the vocals; and Kamelot‘s Sean Tibbetts on bass. But from what we’ve read, this band isn’t just a one-off side-project, but a group that apparently intends to stay together, tour, and continue recording notwithstanding the members’ commitments to other projects. And well they should.  (more after the jump . . .) END_OF_DOCUMENT_TOKEN_TO_BE_REPLACED