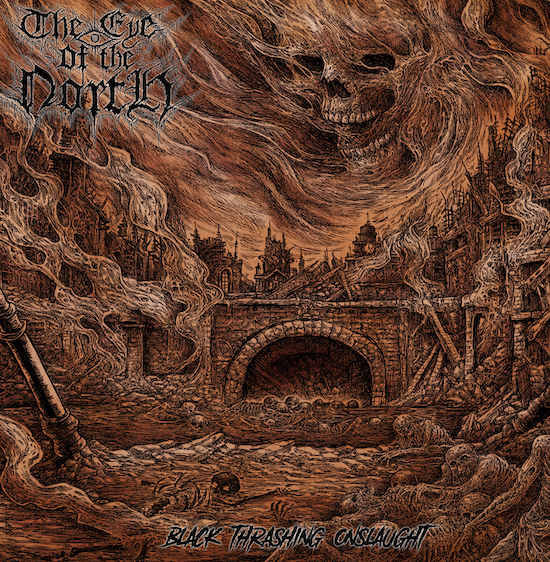 The magnificent cover art for the debut album of The Eye of the North should be enough by itself to entice any died-in-the-wool metalhead to investigate the album, but if (somehow) that weren’t enough, we have a further enticement for you today in the form of the album’s opening track, “Winds of Death“.

The name of the album is Black Thrashing Onslaught, which is a vivid clue to the band’s music. The band is the solo project of G., who is the leader in the Norwegian bestial black metal horde Goatkraft, and in this new project he indulges a fascination with murderous thrash metal from the second part of the ’80s and the ’90’s mixed with black metal “in the raw and purest form”, building upon the inspiration of such bands as Kreator, Urgehal, and later on Destroyer 666 and Aura Noir. In the song we’re premiering today, he has created an experience of high-voltage electrification that’s as wildly magnificent as it is brazenly unhinged in its ferocity. END_OF_DOCUMENT_TOKEN_TO_BE_REPLACED