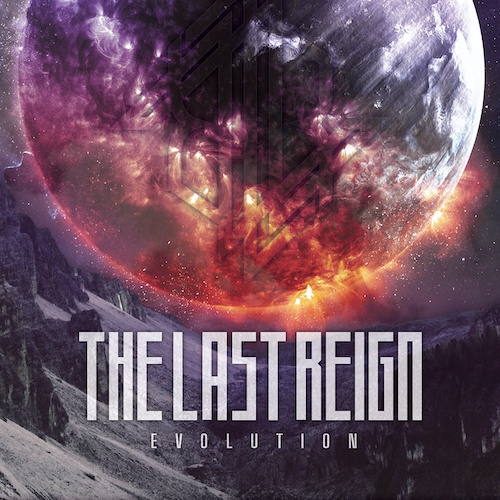 Four years in the making, the new second album by The Last Reign from Buffalo, New York, is now rapidly approaching its September 18 release date. Bearing the title Evolution, it’s a 12-track, 55-minute concept album built around a science-fiction narrative that’s “about the world’s resources being long depleted, sending the human race on a quest for an uncertain future.”

Honestly, though I’m a die-hard sci-fi fan, I’m at the point in my long listening career when I blanch at the thought of a nearly hour-long album. It’s such a rarity when a record of that length has real staying power, and more common, even in generally strong records, to encounter the creeping monotony of sameness or the insertion of sub-par tracks that would have been better left on the cutting room floor. But I’m happy to report that Evolution easily avoids those pitfalls, and instead creates an “edge of your seat” momentum that doesn’t flag. The fact that the band’s chosen field is melodic death metal, a field that’s been well-furrowed to the point of exhaustion, makes the accomplishment all the more impressive. END_OF_DOCUMENT_TOKEN_TO_BE_REPLACED