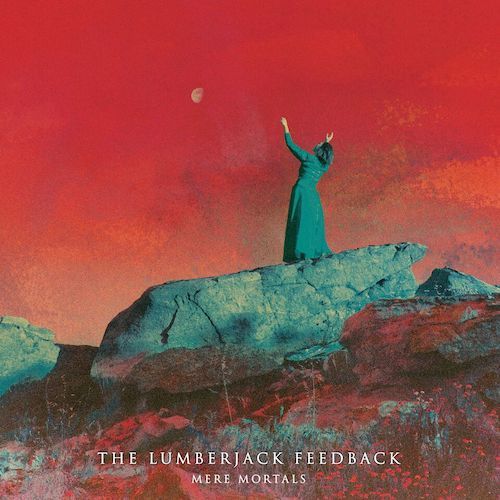 Two drummers, a pair of guitarists, a bass player, and no human voice at all. That’s the line-up of The Lumberjack Feedback, a group from the north of France whose motto is “Loud and Low”. Mere Mortals is the name of their new album, which follows by three years their impressive full-length debut, Blackened Visions, and what we have for you today is the crusher that opens the new record, a song named “Therapy“.

Deadlight Entertainment, which will release the album on April 26th, describes the music as “a hypnotizing, mesmerizing soundtrack to the apocalypse”, a “deep droning bass and primitive twin percussions as a roaring low-end thunder, ridden by dark melodies crafted by a pair of guitarists like silver surfers riding a tsunami” — “a weak beauty topping a tornado of devastating primal elements”.

I usually prefer to come up with my own linguistic formulations (and I will here, too), but I thought those were some nice turns of phrase, and they have the added advantage of being accurate. END_OF_DOCUMENT_TOKEN_TO_BE_REPLACED