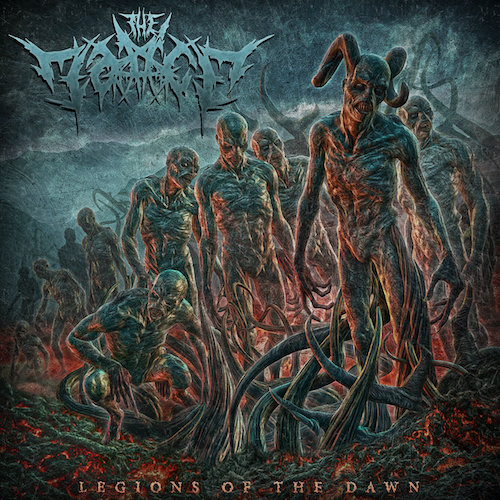 The cover art for Legions of the Dawn (by Remy from Headsplit Design) is sure to seize attention. The sight of all those humanoid horrors shambling through horned tentacles sprouting from hellish ground makes a vivid and ghoulish impression. There’s murder in those eyes and ruthless hunger behind those teeth. But what lies within the album behind that ghastly artwork? You’re about to find out.

Legions of the Dawn is the work of The Malice, a two-headed death-metal monster consisting of Hubeister (Father Death) Liljegren from Sweden and Claudio (CorpseFührer) Enzler from Germany. With a pair of EPs and a single behind them, they first released this album as a demo last September under the title of The Unholy Communion, but it has now been picked up by Satanath Records and More Hate Productions for re-release on March 25th with new mastering, that eye-catching new artwork, and of course the new title. END_OF_DOCUMENT_TOKEN_TO_BE_REPLACED