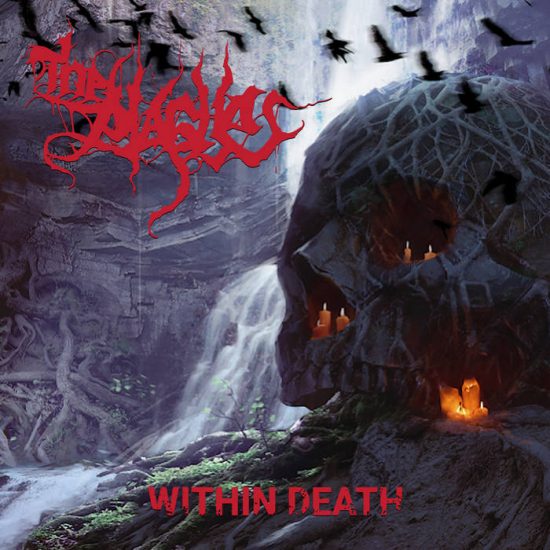 Hailing from Sydney, Australia, The Plague erupted from cemetery earth in 2017 with a debut EP appropriately named Mass Genocide, and then honed their grisly blades with live performances in support of such bands as Angelcorpse, Master, Entombed AD, and Ensiferum (among many others). And now the time has almost come for them to reveal their debut album Within Death, which will be released on April 21st by Bitter Loss Records.

The music of this full-length debut does indeed live within death — death metal of the old school to be precise, of a particularly mauling and murderous, gruesome and ghastly variety. Powered by that beloved chainsawing guitar distortion, propelled by bone-smashing drumwork, and elevated into rarified air by truly astonishing vocal madness, The Plague‘s music is electrifying. We have little doubt that (as the advance press claims) it will strongly appeal to fans of classic Dismember and Entombed as well as more recent entrants such as LIK and Entrails.

The band have released a couple of singles from the album already, and today we’re presenting another one — “Festering In Sickness“. END_OF_DOCUMENT_TOKEN_TO_BE_REPLACED