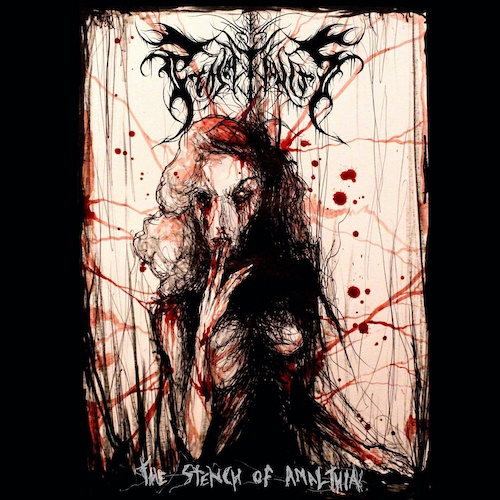 Many fans of black metal, or other other metal genres, have heard descriptive references to music within such genres as “theatrical”, an adjective that may connote a sense of the dramatic, of the elaborate, or perhaps of the grandiose and bombastic. But   Canada’s The Projectionist has elevated their formulation of black metal to a level that literally is theatrical.

The band’s forthcoming fifth album, The Stench of Amalthia, is a full-concept operetta which tells a horrifying story, making use of an array of voices to play the characters in the nightmarish tale the band have crafted, and all of it destined for the kind of full theatrical stage performance for which The Projectionist have already become known.

In advance of the album’s release by Moribund Records on April 17th, today we’re presenting a track that occupies a pivotal place in the record’s fiendishly conceived narrative. You could listen to and appreciate “A Startling Housecall” without knowing anything about the scene it portrays or the album’s narrative as a whole, but this is an instance of music that really requires context. And so let’s begin with a description of the album’s story, and of what happens in this scene in particular. END_OF_DOCUMENT_TOKEN_TO_BE_REPLACED